Two more for Browne and Jovic gets the call up

Collingwood Magpies' and Australian mid-courter Kelsey Browne has signed a deal that will see her remain at the club until the end of 2021 season. We also welcome Fury ANL star Molly Jovic to the squad as Browne's replacement player in 2020!

Browne joined the Magpies for the 2019 season following a stint in Queensland playing a key role in Sunshine Coast Lightning’s dual premiership sides.

Browne made her Australian Diamonds debut in the 2018 Quad Series and Constellation Cup and won national selection again this year to share in the Diamond’s World Cup campaign that brought home silver honours from Liverpool. She returned to Australia with a reputation as one of the best mid-court players in the world.

Browne played her 50th national league game this year in round seven of the Suncorp Super Netball competition before rupturing the anterior cruciate ligament in her left knee in round 13 against the NSW Swifts in Launceston.

Rehabilitating her knee, Browne will be sidelined for a portion of the 2020 season. Up and coming mid-courter Molly Jovic has agreed to join the Pies as Browne’s replacement.

In 2019 Jovic was a member of both the Tasmanian Magpies ANL and City West Falcons VNL sides following two years with Victorian Fury ANL.

The 24-year-old and three-time championship player is a product of the Victorian netball pathway.

Collingwood’s GM of Women’s Sport, Jane Woodlands-Thompson, is delighted with the two signings.

“We are thrilled to have obtained Kelsey for another two years,” Woodlands-Thompson said.

“Even though Kelsey is on our long-term injury list we are invested in getting her back on court in the near future.”

“Her leadership qualities are an asset to the club, even in a time where she is rehabilitating.”

“Molly adds youth to the group and continues to support our investment in developing the next wave of talent.”

“We look forward to welcoming Molly to the Holden Centre.”

Jovic will arrive at the Holden Centre, along with returning teammates, for pre-season training in November. 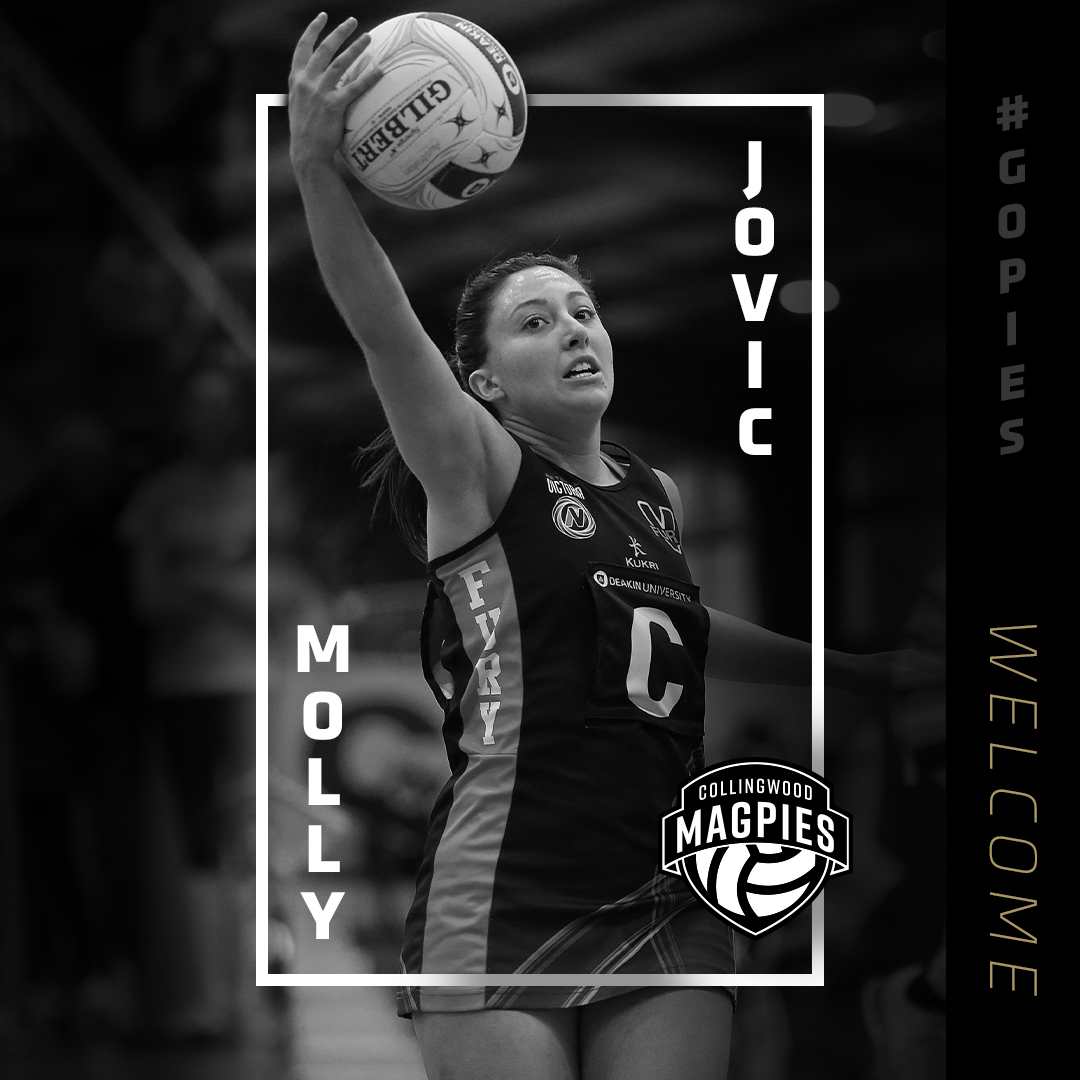