Mentor claims best and fairest in debut season with Pies

Co-captain Geva Mentor has capped off an incredible debut season in black and white by winning the Collingwood Magpies’ best and fairest tonight.

Mentor was one of five winners at the E.W. Copeland Trophy as Collingwood celebrated its many seasons. Brodie Grundy (AFL), Alex Woodward (VFL), Jaimee Lambert (VFLW) and Brendan Stroud (VWFL) all joined Mentor as the best performed players in their teams in 2019.

Taking the court for a complete 2019 Super Netball season, Mentor tallied the second most deflections (86) and defensive rebounds (33) for goal defenders in the league.

Earlier, Mentor was awarded an order of the British Empire (CBE) in the 2019 New Year honours list for distinguished contribution to international netball.

The 35-year-old finished the night on 62 votes, polling in fifteen matches across the home and away season. Mentor was also awarded the players’ player award.

Collingwood cross-coder Ash Brazill finished second in the best and fairest count at 57 votes, a mere five votes behind Mentor.

The 29-year-old played a full 2019 season and celebrated a milestone 100 national league games in round ten against the Giants.

The mid-courter accrued the most centre pass breaks (6) for the league and answered for 34 turnover gains and 18 intercepts. Brazill was recognised as the Most Valued Player for the last three consecutive rounds of the home and away season.

Only two weeks ago Brazill won national selection with the Australian Diamonds Constellation Cup team. Earlier this year the cross-code half-back was named in the AFLW All-Australian team. Brazill is the first current international netballer to win All-Australian AFLW honours.

Congratulations to Ruby Edmunds and Tracey Groombridge for winning the Fan MVP competition! 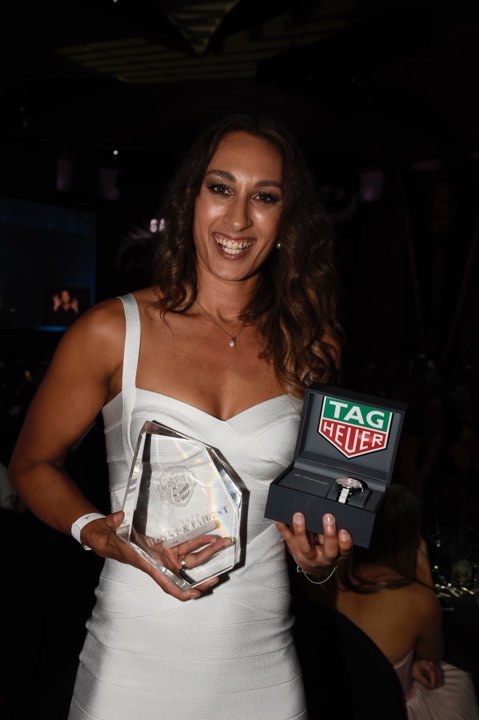