Bragg Ready To Make Most Of Magpies Chance

Victorian midcourter Mel Bragg has signed with Magpies Netball as a training partner ahead of the 2018 season.

It’s not everyday that you run into the coach of a Suncorp Super Netball team.

For Magpies Netball’s newest training partner Mel Bragg, it was an encounter that could prove career changing.

“I bumped into Kristy Keppich-Birrell at a Victorian Netball League (VNL) game a few weeks ago, and we had a chat about my career and where I saw myself going,” Bragg told Magpies Netball this week.

“After that, I decided to send her an email. A few weeks later, Kristy rang me and asked if I’d like to be involved (with the club).

“I was at work, so as soon I was on my lunch break, I called her back and couldn’t say yes fast enough.”

For Bragg, it’s an opportunity that she never thought would come to fruition.

The 22-year-old’s career started 10 or so years ago, when she started playing netball locally.

From there, the mid courter joined a Victorian representative side, and would go on to play in the Australian Netball League (ANL) with the Victorian Fury.

But after winning a premiership with the Fury in 2015, Bragg thought her chance at an elite netball career might have passed.

“It’s an incredible opportunity to join the Magpies as a training partner.”

“I’ve always dreamed of playing netball at this level. I never thought it was going to happen after not making an ANL team for two years.

“This means everything to me. I’ve worked hard for this. To be at the Holden Centre is just amazing, and I’m really excited.”

As a training partner, Bragg will work with and learn from some of the game’s best players, including fellow mid courters Ashleigh Brazill, Shae Brown, Madi Robinson and Kim Ravaillion.

“I just want to learn off every single person here. Every person has a different story, a different experience, and so much knowledge.”

“I want to absorb everything I can from these amazing athletes and coaches.”

But perhaps Bragg’s greatest motivation comes in the form of Samantha Gooden and Tilly Garrett – of whom made the most of their opportunities as training partners last season.

Gooden – who will continue as a training partner in 2018 – took the court in the SSN alongside Caitlin Thwaites, while Garrett was rewarded with a senior contract after an outstanding year.

“To see what Sam and Tilly did last season was inspiring.”

“It makes me want to work even harder knowing the opportunity to improve and develop is there.”

Magpies Netball coach Kristy Keppich-Birrell said Bragg would be a great addition to the club in 2018.

“Mel’s persistence and dedication to the game has kept her in our sights over a number of years,” Keppich-Birrell said.

“She is powerful, creative and best of all, passionate about her team.

“We can’t wait to see her in the Black and White.”

The club will announce its final training partner next week. 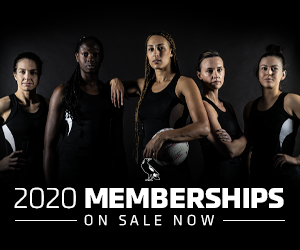