Champion midcourter Madi Robinson has been named the first captain of the Magpies Netball team for its inaugural 2017 season in the Suncorp Super Netball League.

Widely regarded as the best wing attack in the world, Robinson is also an exceptional leader both on and off the court with experience representing the Australian Diamonds as a dual Liz Ellis Diamond award winner and captain of her former team the Melbourne Vixens.

Robinson will be supported by co vice-captains Sharni Layton and Ash Brazill in what will be an historic year for the Magpies and Super Netball.

“I never thought I’d say I’m a Captain of Collingwood in my wildest dreams. Now that it is official, I’m so delighted and it’s a huge honour,” Robinson said.

Head Coach Kristy Keppich-Birrell said Robinson’s leadership qualities stood out from the moment she stepped foot in the Holden Centre.

“Madi’s on and off court leadership style is inclusive and that is what we are all about here at the Magpies,” Keppich-Birrell said.

“Bill Strickland was our first captain in 1897 and today we announce Madi Robinson as our inaugural captain of the Collingwood netball team,” McGuire said.

The Magpies playing group nominated Robinson, Layton and Brazill as their leadership group after adopting the Leading Teams model used by the Australian Diamonds.

Layton and Brazill bring outstanding leadership experience to their roles as co-vice captains. Layton is the current captain of the Australian Diamonds, while Brazill was the West Coast Fever skipper for the past two years.

Keppich-Birrell said the leadership group had the unanimous support of the playing list.

“This leadership group truly represents our team. Leading is all about being the voice of all players and this trio will do that brilliantly”, says Keppich-Birrell.

“Every player on the team has such great leadership qualities. So when people say ‘you’re the dream team’, we can say ‘yes we definitely are!’”

2017 shapes as an historic year for both the Magpies and netball as a whole with the introduction of the Suncorp Super Netball League.

“The entire team is really proud to pull on the first ever Magpies Netball dress and create the next 125 years of history together with the AFL, AFLW and VFL teams.”

The Magpies will kick off the 2017 season with a blockbuster against cross-town rivals the Melbourne Vixens at Hisense Arena on February 18.

ANZ Championship Player of the Year 2012 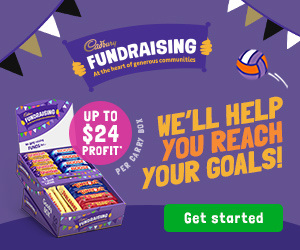